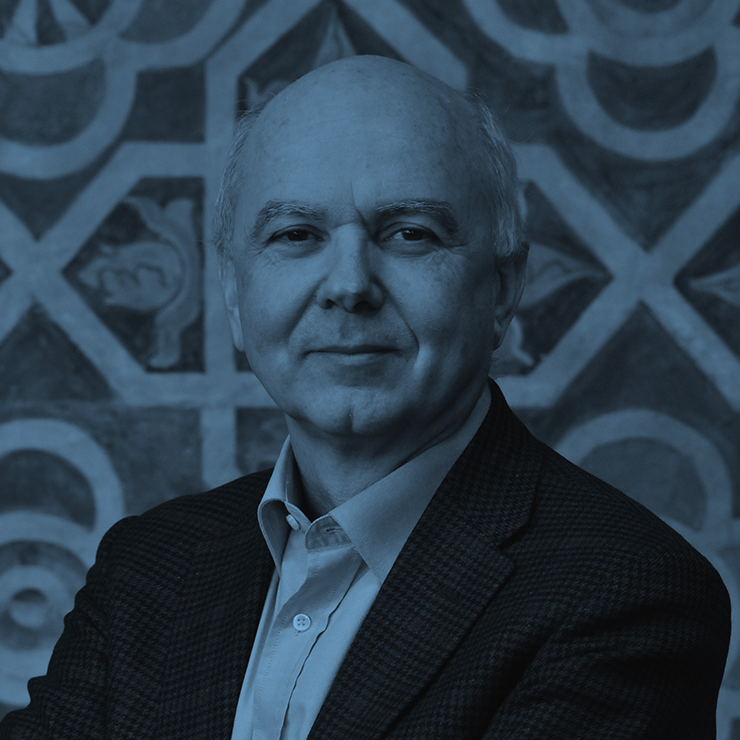 Michele Di Francesco is full professor of Logic and Philosophy of Science and pro-rector for the development of humanities projects of the School for Advanced Studies IUSS Pavia. Membre associé of the Institut Jean-Nicod (CNRS, EHESS, ENS), in Paris, he is a past Director («Rettore») of the IUSS and a past Dean of the Faculty of Philosophy the Vita-Salute San Raffaele University in Milan.

He is the President of the Italian Society of Neuroethics and Philosophy of Neuroscience, and a Past President of the European Society for Analytic Philosophy and of the Italian Society for Analytic Philosophy. He is the author of eleven books and about one hundred scientific articles/book chapters; he edited various books and conference proceedings. His most recent books are The Self and Its Defences. From Psychodynamics to Cognitive Science, London, Palgrave Macmillan 2016, (with Massimo Marraffa and Alfredo Paternoster) and Filosofia della mente. Corpo, coscienza, pensiero, Rome, Carocci Editore 2017 (with Massimo Marraffa and Alfredo Tomasetta). His main fields of research are the philosophy of mind and the philosophy of cognitive science, and in particular the philosophical problems of subjective experience (such as the nature of the Self and the place of consciousness in the natural order), the extended-mind model of cognition, and the philosophical basis of cognitive neuroscience.

“How it is that anything so remarkable as a state of consciousness comes about as a result of irritating nervous tissue, is just as unaccountable as the appearance of Djin when Aladdin rubbed his lamp.” (T.H. Huxley, Lessons in Elementary Physiology, London: Macmillan, 1866.)

This quote shows the bafflement of the Neuroscientist facing the relationship between consciousness and its physical basis. It dates back to the 19th century and the science of the mind has since made enormous progress. One would therefore expect that the bafflement is now completely overcome. However, from a philosophical point of view, the germ of the challenge (conceptual rather than scientific) grasped by Huxley is still present in the contemporary debate.

The purpose of this contribution is to describe this surprising situation. To do so—after a short Prologue dedicated to the Cartesian identification between mind and consciousness, which enshrines the birth of the philosophy of mind in the modern sense. Three periods or phases of philosophical reflection will be examinated, associated to three ways of conceiving a metaphysical theory of consciousness/conceptions of how to offer a metaphysical theory of consciousness.

A.
The phase of classical cognitive science (1970s and 1980s), when the mind is analyzed in terms of computations on representations, distinguishing intentionality and consciousness. In classical cognitive science the bet is to build naturalized theories of representation/intentionality, postponing the solution of the intractable problem of consciousness to better times. Another important aspect from the point of view of cognitivist computational psychology is the primacy of sub-personal processes compared to personal ones. Consciousness is no longer (as in Descartes) primary data, but something that must be explained.

B.
The phase of the first scientific theories on consciousness (1980s and 1990s), which aroused enormous interest but also generated the objection of the qualia/phenomenal character: the two faces of Aladdin’s lamp problem. By what means can an objective theory of subjectivity exist, and by what means can the subjective, private and “ineffable” experience that constitutes our conscious experiences sprout from the physical and biological interactions that constitute the “matter” of the mind.

C.
The current phase (first two decades of the 21st century) with a (surprising) return of the idea that it is necessary to start from consciousness to understand the mind. This turning point is based on the doctrine of phenomenal intentionality, according to which some mental states are intentional by virtue of their phenomenal character, and on the thesis of cognitive phenomenology: the idea that all cognitive states have a phenomenological component. An interesting consequence of the new centrality of consciousness is the emergence of panpsychism: the thesis according to which consciousness, as a first and immediately known fact, is the fabric of the world, its intrinsic nature.