IT BEGINS WITH AN IDEA

The exhibition, curated by Udo Kittelmann in collaboration with Taryn Simon, was presented at Fondazione Prada Venice venue, Ca’ Corner della Regina, from 23 April to 27 November 2022.

The project is the result of a long and in-depth research process carried out with Fondazione Prada and the scientific board, driven by a deep interest in understanding the human brain, the complexity of its functions, and its centrality to human history.

As stated by Miuccia Prada, President of Fondazione Prada, “We are increasingly interested in relevant subjects that impact the lives of everyone, even when those topics are difficult to understand. For a cultural institution whose identity is rooted in the field of visual arts, dealing with science is an intellectual and political challenge: how do we make an exhibition about ideas and knowledge?”

Taken all together, the exhibition navigates a history of neuroscientific knowledge-making marked by rigor, breakthrough, and discovery as well as error and uncertainty. It traces the outlines of consciousness, the gaps in scientific research, and what is known and unknown in our understanding of the human brain. 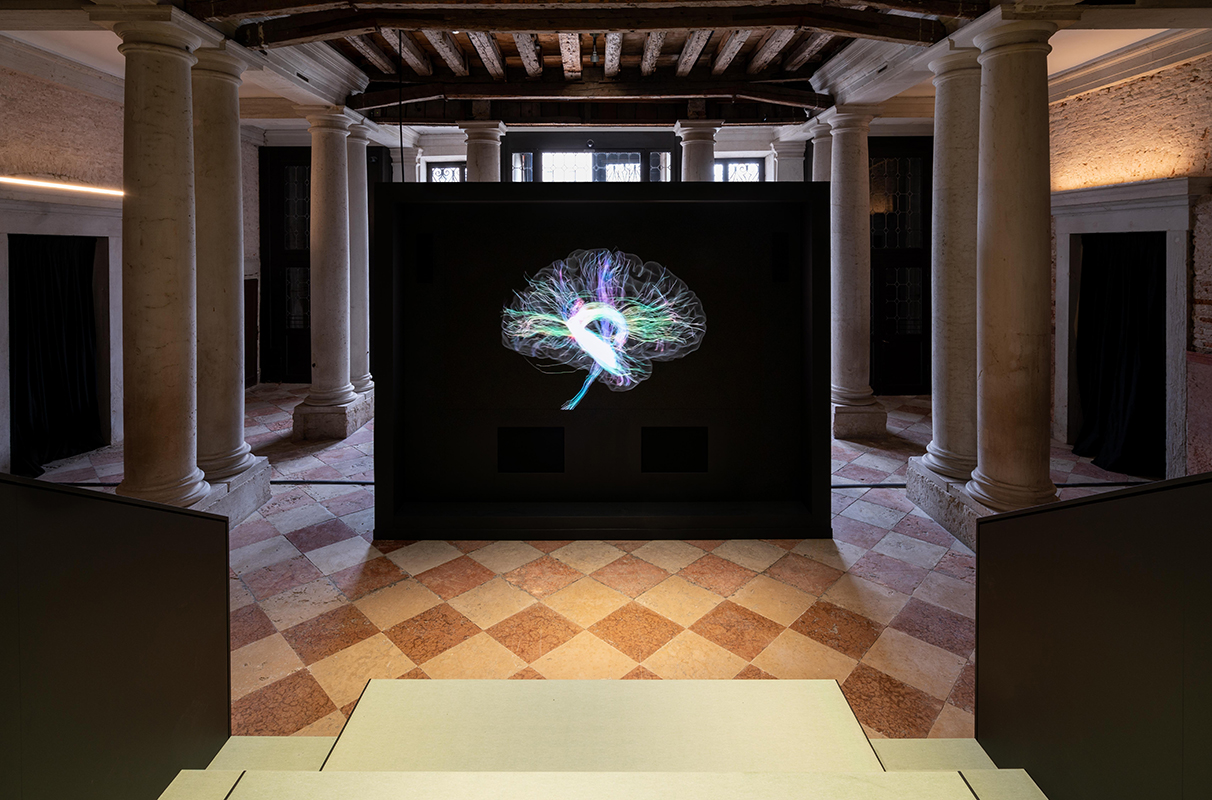 On the ground floor, a series of projections introduces the audience to the anatomy, physiology, and imaging of the brain, as well as illustrations of how it develops and functions. This section also presents six video lectures by professors and scientists from the Human Brains scientific committee, illustrating specific features of human brain functioning.

Watch the video lectures in the section Media 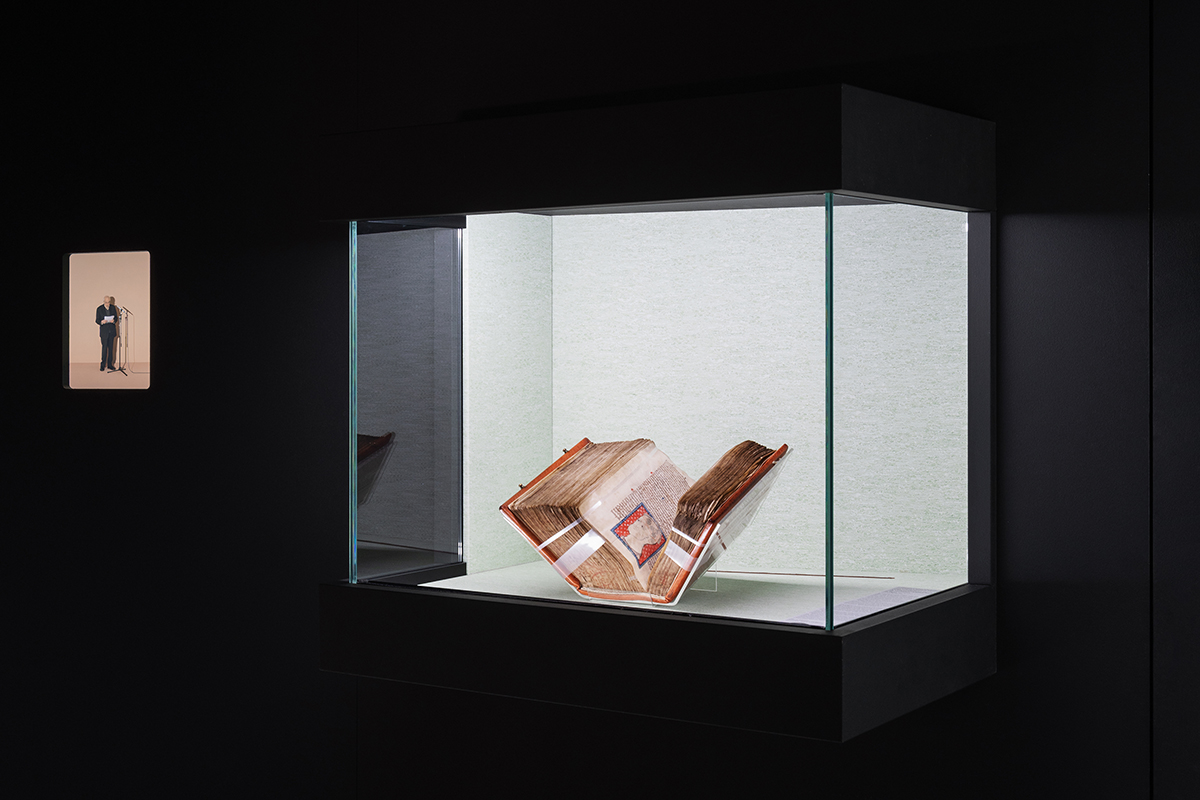 On the first and second floors, more than 110 items encode centuries of attempts to understand the human brain. Including historical objects, drawings, paintings, prints, and books, the items mark some of the most significant stages of a millennia-long journey of discovery while also illuminating otherwise forgotten chapters of the Mesopotamian and ancient Egyptian ages, the Italian Renaissance, the Japanese Edo period, as well as the last thirty years’ imaging techniques.

from a 19th Century copy of the Chinese medical text Huangdi Neijing (3rd Century CE), to a manuscript sheet by Leonardo Da Vinci (16th Century) depicting anatomical drawings and notes; from the first drawings of neurons by Camillo Golgi and Santiago Ramón y Cajal, to a wax anatomical model from the Museo La Specola in Florence (both 19th Century); from the scientific publications of Rita Levi-Montalcini and Viktor Hamburger’s research which resulted in the discovery of the Nerve Growth Factor (1960), to an article published in New Scientist, documenting the first magnetic resonance imaging of a human brain (1978) obtained by Ian Robert Young and Hugh Clow.

Thirty-two international fiction authors have written literary texts in response to the objects, calling forth their latent social, political or personal histories into new forms, expanding the boundaries of our investigative scope. Together objects and stories demonstrate and imitate the capacity of the brain to recollect and reprocess information. The artifacts’ stories were written to be performed by renowned audio book narrator George Guidall in short videos directed by Taryn Simon and produced by Fondazione Prada. One voice is projected into multiple stories, languages, geographies, bodies, and realities: an intractable framework problem foundational both to how the brain works and to how the history of neuroscience has been constructed. 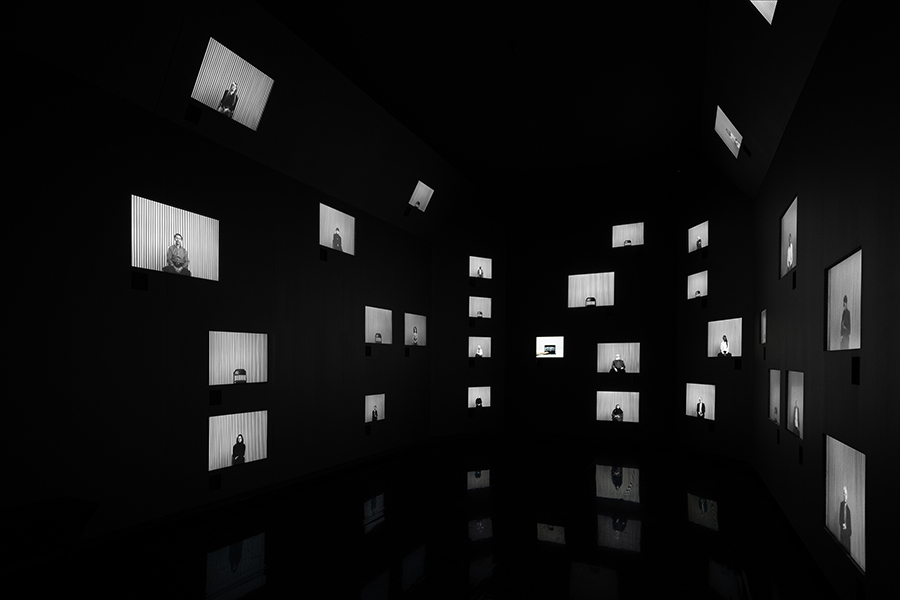 At the center of the second floor, thirty-six neuroscientists, psychologists, neurolinguists, and philosophers from five continents are broadcast in an assembly of thirty-two screens. They investigate neuroscientific experiments, and their philosophical and ethical dimensions. Like the brain, The Conversation Machine—videos, interviews and orchestration by Taryn Simon, produced by Fondazione Prada for the exhibition—is a self-organizing system. It responds to itself, continually constructing and assimilating its own order and disorder. In clips excerpted from over 140 hours of interviews, participants appear to listen and respond to each other’s statements. They enter and exit. Objects that refer to their work appear in flashes. Clusters of discussants migrate across the screens. Others sit in sustained, active silence. Like the brain, the conversation morphs according to a logic of prediction and surprise. 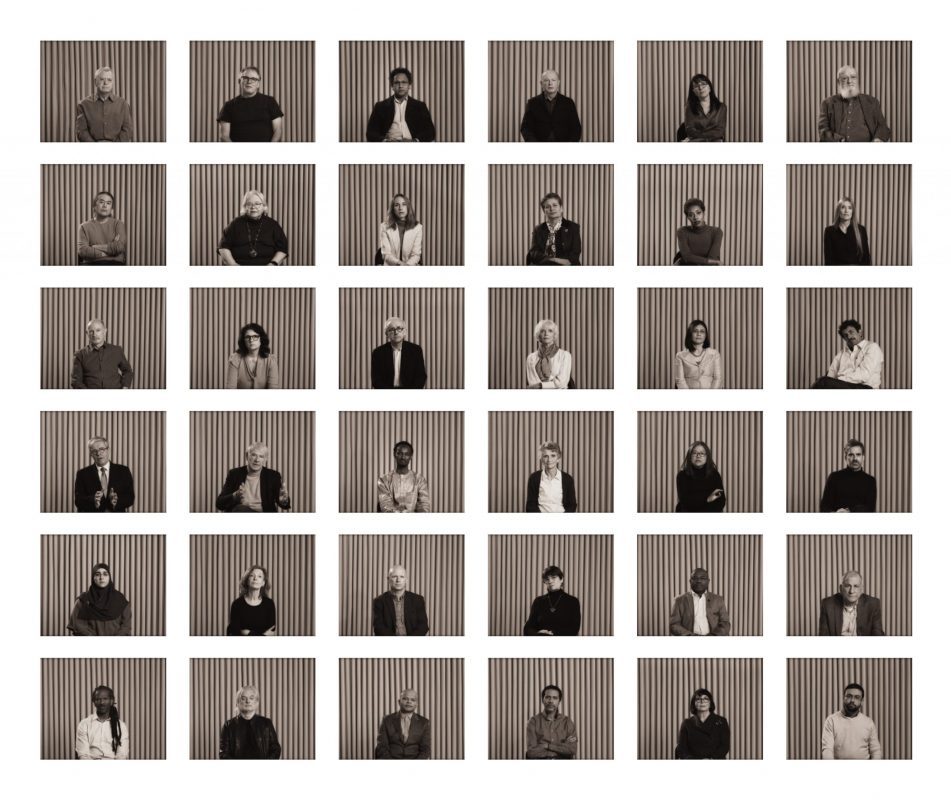